This is super frustrating!

I hadn't posted for over a month and now I discover that I can't reply to the comments my friends left on my post of yesterday.
Perusing the Blogger forum reveals that I'm not the only one; this issue has been around for over a month, and, as far as I can see, Blogger/Google seems to think it's been fixed!

I'm seriously looking into the options for changing to another blog provider.

The issue is solved!
I just received some email notification of comments to this post. So I'm no longer thinking of moving my blog. Everything seems to be as it was.

I'm very grateful to the people who helped me with this today. All the useful answers came form other bloggers. The authorities at Blogger were not at all helpful.

Here is my reply to your comments of yesterday: 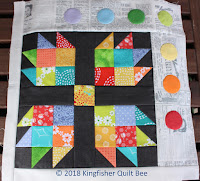 I'm grateful for your comments and have seriously considered your advice.

Circles it is, but with a change of scale.

And so to sew, but first rip off that plain white border and then add more print border. As the weather is beautifully warm I shall be appliquéing circles while sitting outside on my balcony this afternoon.

Teal and aqua Squared Away.


June's colours in the Rainbow Scrap Challenge are teal and aqua. These are two colours that give me problems: I have difficulty deciding if they aren't really blue, or really green. Hoping for the best I made two blocks for the Squared Away Sampler: 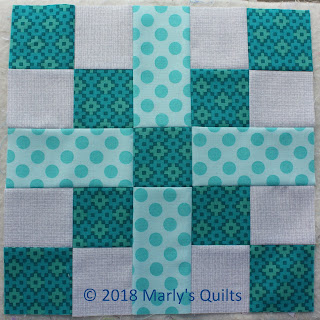 This block, chosen by Mari, is called Country Lanes. 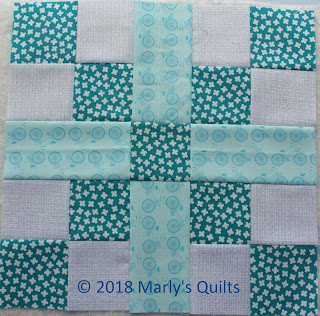 Further this week I added two sides to the Round Robin for the Kingfisher Quilt Bee which meets in The Hague. I took fabric with me when I was on holiday and hand-appliquéd solid circles onto a print background. When I got home I added the strip with circles to the centre block made by another bee member. More rainbow bear paws, but not mine this time! 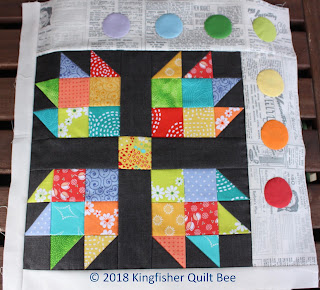 And now I can't think how to go on! I've had lots of ideas and rejected them all. I added a 1.75" off-white strip around the other two sides, intending to add two chessboard rows. Now, however, I've gone off that idea and think I should continue the circles theme. Do you have any brilliant ideas for me? Asymmetrical is OK as the Kingfisher is part of the Dutch Modern Quilt Guild. I have another ten days before I have to pass it on. I would really appreciate some help here!

30 June: Update on the bear paws

I've decided on more circles but with a change of scale.


I'm linking up on Saturday to

so click on the button above from about midday Saturday
[Central European S.T. (U.T.C. +2)]
to see more rainbow delights.