Each month Angela gives a colour for scrap using, and some suggestions for blocks to make with that colour. This year I've been making Bear Paws instead of Angela's row quilt. One month  I misread the instructions and made extra pink blocks instead of red. Silly me! This week I made a set of red paws so now I've caught up for now: 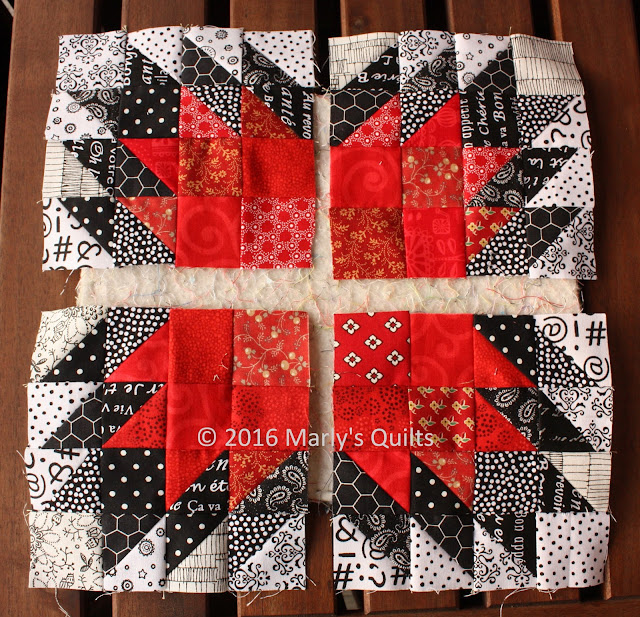 although I'm not sure how I'll pair them up with some of these:

I've decided to continue with these blocks next year until I have enough for a lap quilt. Incidently those 2" b/w HSTs make very good leaders and enders!

I also sent off two blocks for a charity quilt: 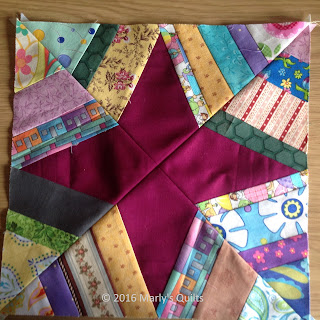 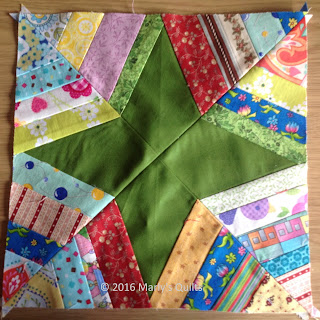 both are gloriously scrappy: a mixture of  civil war and 1930's reproduction, and some modern pieces as well. They're not trimmed because the only measurement given was 26cm square, but no mention of  whether that was the finished or unfinished size, nor of whether the width of the seam allowance  was to be 0.5 or 0.75cm, both of which are common here. Whoever has the task of joining the donated blocks will have to decide that one for herself. I do have a question though for those of you using metric measurements: how wide do you make your seam allowance (when you're not using 0.25", that is!)

so go and visit them and see more beautiful scrappy creations