Finishing this has been my One Monthly Goal for November. 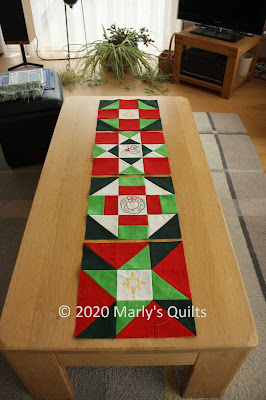 Here it is: quilted, labelled and bound. 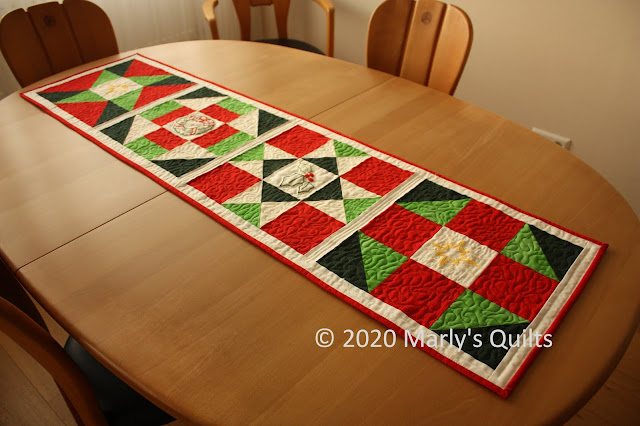 The pattern, including the embroidery motifs, was from a QAL by Jacquelynne Steves. I thought about the quilting for a long time, and then, as time was running out, I went for a meander. I used off-white 50 wt thread (Aurifil 2309) on the off-white triangles, and very dark green (5012) on the rest. I used off-white quilting thread in the squares with embroidery. The embroidery was done with 3 strands of  DMC stranded cotton. 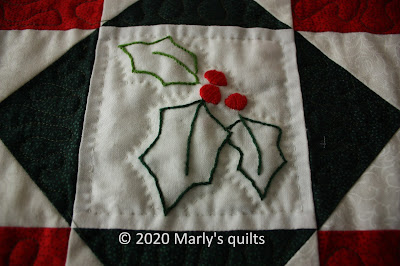 By the way, that's not black fabric there, but very, very dark green. It's darker than I expected when I ordered it online! 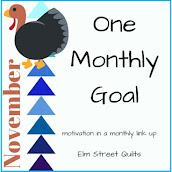 Click on the button to see more November finishes

For the past year I've been participating in the quilt along organised by Irene of Sugaridoo, and Bernina Sewing Machines.

This month's assignment was to sew the top together, either completely, or in three sections of four rows each, to make quilting easier. Here are my three sections, laid out as they will finally be joined after quilting. 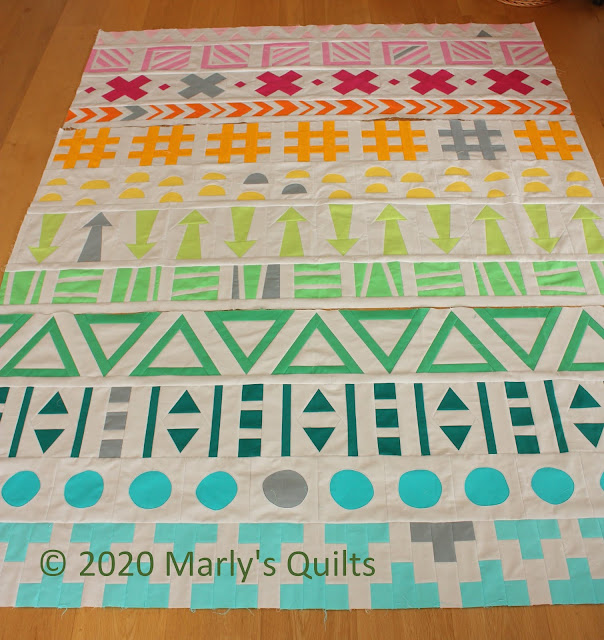 This quilt is enormous! Too big for my camera lens!

Irene gave the instructions for a new row every four weeks, and included reverse appliqué and foundation piecing as well as "ordinary" piecing. As well as the written instructions on the Bernina blog, she also published a YouTube video to reinforce the instructions. I learnt a lot from doing this and my phobia over foundation (paper) piecing is largely dispelled.

Speaking of rainbows: how about this one: 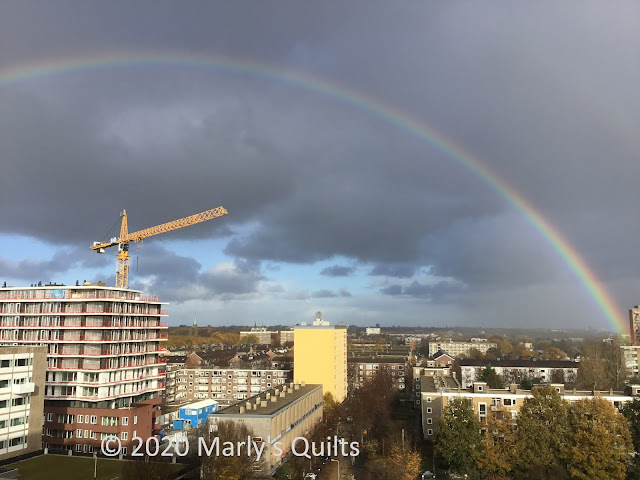 I don't think I've ever seen so complete a rainbow. It continued round to the tree tops off to the left, although it was less well defined on the left hand side. There was also a reversed "shadow" rainbow above; something I had never seen before! Unfortunately it had faded before I could take a photo.

I'm linking this to:

Click on the buttons above to view more current projects

My goal for November is to finish my Christmas table runner which still needs quilting and binding.

My goal for October was to quilt my Shoo Fly top, but progress was nil! It will reappear in the New Year, when I hope to have a little more time, and more inclination to quilt. Now I just have to concentrate on working out a quilting plan for the table runner.

I'm linking this to: 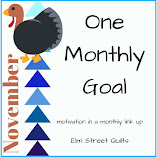 Click on the button to see more November goals